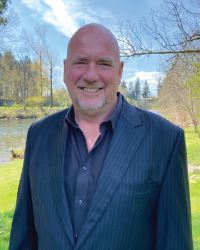 David Stuebe was appointed to the City Council March 29, 2021 and elected in November of 2021 to remain in that position and serve as Mayor Pro Tem.  Due to the resent vacancy of our City Mayor position, the council voted David into the Council Position 1.  He has been a resident of Washougal since 2007, married to Paige and has four adult children and three grandsons.  He graduated from the University of Redlands in Redlands, California with a degree in political science.

David served in United States Marine Corps (active duty and reserves) for 30 years retiring as a Colonel.  He conducted a variety of humanitarian projects, coalition training, and combat operations around the world in addition to holding several large commands.  He has also worked in the pharmaceutical and healthcare industries for over 20 years holding leadership and management positions.

David is now serving on several city and community boards and commissions.  He is committed to helping the city provide intelligent and responsible growth, resident safety and youth/adult resources and activities.  Additionally, he is a VFW lifetime member, Back a Hero committee member and on the panel for the All-Service Academy Interview Committee for Congressional Appointments.

“To serve my community and be an active part in the continuation of growing a small city that cares for their neighbors and one where we are all proud, respectful and responsible to each other.”